The Imam Abdullah Zawiyah social complex (1249 – 1294) in Hasankeyf, Turkey is successfully relocated over a distance of 2 km to a cultural park. The relocation of the complex, consisting of several sperate objects, takes place in phases. The first object was moved on 10 September. This 800-tons weighing monument is positioned near the recently relocated 800-year-old Artuklu hamam and the 15th century tomb of Zeynel bey, which was relocated in 2017. The associated tower was also successfully moved to the new location the next day. The relocation of the last part of the complex is planned at the end of the month. 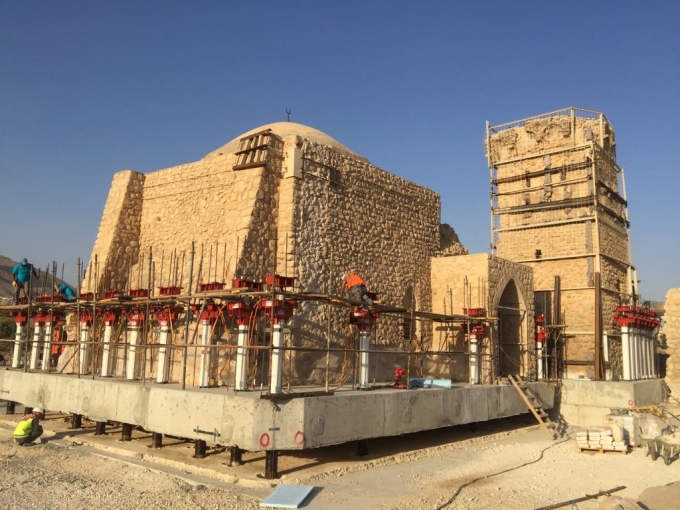