For decades, the monumental market master’s house in Purmerend played a central role in the market life of the city. That role is being revived by the move to the other side of the square. Relocation specialist Bresser moved the cultural heritage to the new destination on Thursday 12 July 2018.

The Marktmeestershuisje from 1910 on the corner of the Koemarkt was moved in its entirety about 150 meters to the other corner of the market. Moving from one side to the other took less than 30 minutes. In the meantime, the house was also turned.

Bresser, specialized in re-founding, jacking and moving, carried out this technical tour de force on behalf of Attica Vastgoed, which is building a new market hall in the center. In recent weeks, the monument has been provided with a new concrete foundation plate, removed from the old foundation and then jacked up. On 12 July, Alderman Eveline Tijmstra (Alderman of the City and Monuments) gave the starting signal for the move together with Pieter Dooper (Attica Vastgoed) and Henry van Langeveld (Bresser). The crowd that had gathered could follow the move at a safe distance.

The 52-ton stone house was transported 150 meters with the help of transport trucks (SPMTs) from Mammoet to a place between the small and the large Koemarkt. In the new setting, the market house marks the transition to the second square space for the future market hall. The market master will again use the house and has a view of both squares. In the new situation, the house is completely free and is more visible. 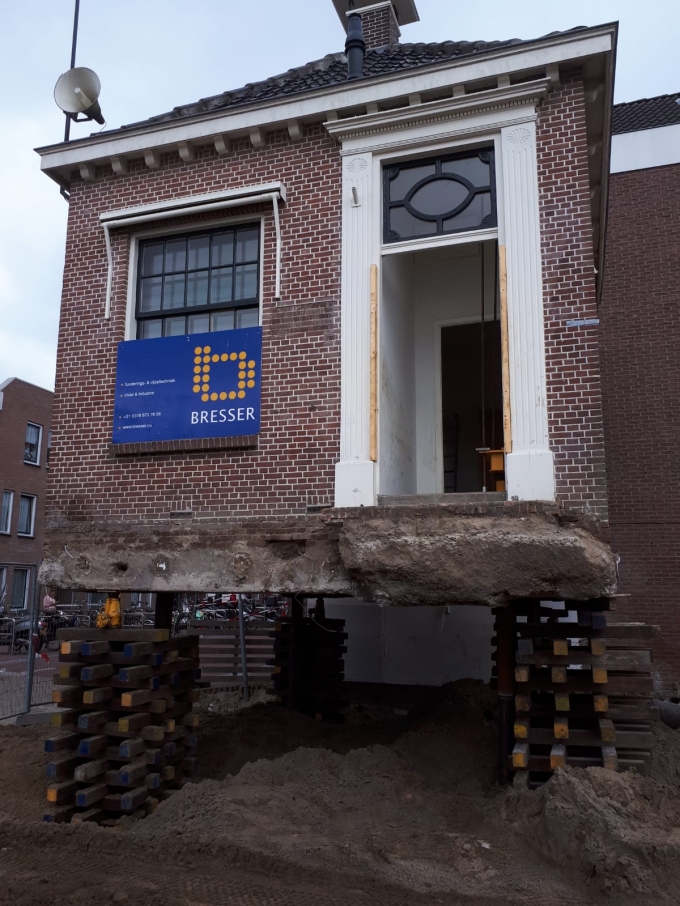