On April 2, Bresser in Roosendaal moved a 44 meter high chimney (450 tons) in its entirety over a distance of 450 meters. After years of efforts by former Jongmans employee, the tower was spared the demolition hammer. The former Philips site was completely demolished to make way for a distribution center. Bresser was commissioned by the municipality of Roosendaal to move the entire colossus to a new location on the side of the site. Here, Philips’ industrial heritage remains a beacon for the city. 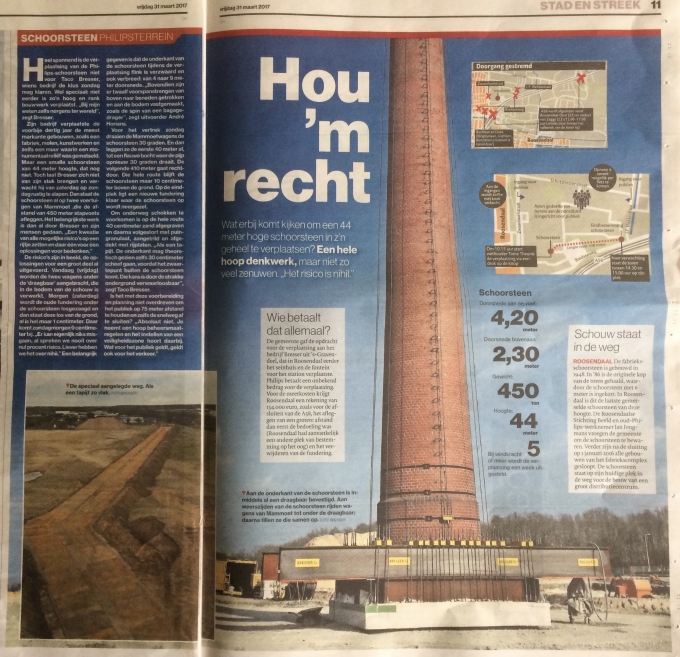